Comcast, Dish TV, Canal Satellite, DirectTV, , Cable Tvs all around the world,....what is the future of all these Tv Companies??. World is in continuous change and the revolution in the media and entertainment around the TV has new rules. The rules of interaction, the rules of choice, the rules of everywhere/Anywhere, contents related, comments, content scoring..., and so many more new rules to follow..

It is the a new ERA, not just the era of the TV but the tablet PC, the phone, any other screen device, and the TV cable cannot keep being as it is and that is when companies as Hulu, Netflix, Vudu, Pandora, etc are getting a great success, ..although hulu is still not profitable.


Once upon a time we had a great personage, an intrepid person who changed the world, not because its IT knowledge, but because his IT Vision. His name, ..Steve Jobs, the guy that will always be related to a fruit, ..to an apple, but who revolutionize the IT world!!.

Many people may disagree if Androis is better than IOS, that Lion is better than windows 7, etc., etc., but nobody, and repeat, nobody can disagree about the idea that Steve Jobs was the inventor of windows before microsoft windows came to life, the mouse inventor, the actual way to interact with mobile phones, the tablet PC genius, ...and of course the best commercial person in the whole world!!. ....and in case that somebody my have missed it he is the genius behind the best 3D movies ever because he started Pixar studios when he bought the computer division of Lucasfilm. Add a comment Add a comment Read more: FIGURES: Steve Jobs Leave his position at APPLE CEO
User Rating:

This would be the Touchpad Story who turned the HP to become as a bestseller as the apple gadget.....

The dream of the rich HP was to compete in the tablet world, and as HP felt that her new product should come to life to continue being number 1 hardware seller, she called her only tablet to her bedside and said, "Dear pad, be good and pious, and then the good God will always protect you, and I will look down on you from heaven and be near you."

As said last week here we have the new Imacs!!. No changes on the outside, I repeat that Steve Jobs loves the actual design, although it is also true that the apple's guys are coming with a new design which will appear along the year, ..stay tuned after summer and closed to the end of the year. For Summer we have the Mac OS X Lion, and very, very soon iphone V (I know that MR Jobs says that there is no competition in Pads and mobile phones for Apple, ...but I just changed my samsung galaxy to a Galaxy II and believe me that i am just flipping out!!, ..better mobile phone at this moment, period, ..so Iphone V must appear in the ring right now and not another Iphone in a new colour, period again).

Let me share how good programming and clever ideas can achieve something as cool as this development, ....and without kinect technology!! :)

Since my last posts are populated with references about mobile programming APPs, what the future brings and how the paradigm Browser Apps Vs OS Apps is changing a lot, I have been asked what Mobile programming frameworks are out there. There are already more some, as you can imagine, but still the market is wide opened for new releases and new opportunities for Frameworks.

Dojo and IBM, IBM and Dojo, ...I have mentioned many times the "love" that IBM feels about Dojo (will Dojo be bought by IBM??, IBM and Dojo working together, etc) and now IBM comes with Maquetta!!. It has been shown during Impact 2011 IBM Conference and I must admit is a great tool for bussiness software development environment, ..and moreover if you integrate it with powerfull Portal Server by IBM.

I still remember those years when a single person could manage to be a site webmaster or the application developer, ...those marvellous times i must say. Now the software management involves a big team to build a robust application, ..the engineer, the designer, the architect, the ...., ...OMG, it seems we are in the middle of a building construction!!.

Hopefully Mobile devices has made possible again that dream, the dream of programmers building quick and fun applications that are used by tons of final users or customers!!. At the same time, thanks to how the apps and the developing techniques has standarized, Non Experts Programmers build Apps!! ....something very similar to easy visual basic applications in Windows but much more powerfull. What the heck am i Talking about??. The crazy guys from google came up with a great fun idea called the APP Inventor!!.

Is sometime going to start the good weather in Boston again??. That is the main question of today but the second question is:

If Sepelka, that is me, said yesterday that web browsers are going to be overtaken by Apps, what about all the interesting Disussion Forums that are on the web??. People will remain using web browsers to access to them, ..or not??

Hey guys. I cannot say I am back and actually i am busier than ever, even giving a try to my younger dream, ..play the electric guitar and here i write by my Fender Stratocaster, such a good guitar for an apprentice as me, ..but faith is the last thing to lose :)

We all know that the PC platform, as we use to know it, has a short life in future and all these "new" devices as Pads, Smartphones, Smart TVS, and in general any gadget with the "Smart" word on it are changing the way we live, ..more than we can or could ever think they would. Of course the javascript frameworks are aware of this. 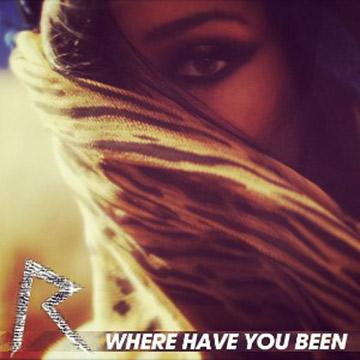 Where Have You Been