AngularJS was specially designed to build applications or web apps and not sites. If you just want to create an static site then forget about AngularJS (and go with JQuery if you need some javascript DOM manipulation), but if you are thinking about building an application with different views in different devices, many data manipulation and event handling then no doubt, you need to use angularJS.

The learning curve will be a bit high but the results in programming speed will be just expectacular!!.

Applications in AngularJS are structured in modules. A module can depend on other modules and a module can contain controllers, services, directives, filters, etc ..which we have already reviewed.

Some programmers use modules as classes, some others as just code libraries, but in any of the cases Modules are used to organize and structure your code allowing you to re-use it.

Having just controllers exposing the right data and functions to the view template works fine for small apps and the examples I have already written here, but it quickly becomes unmanageable in real apps. That is when you start organizing your application in modules.

For example let's continue with the movie Matrix example and let's see which modules we might create for this Movie structure:

Once we have defined the modules in our applications, we need to integrate them all. A movie has Actors, the Actors have Pictures, etc. This is done in the definition of each one of the modules. Let's start with the Movie Module. As checked before a Movie will have Actors in them so let's include the Actor Module in the Movie module

As you can check in the example, I am not only including modules created for this tutorial but also an AngularJS API Module:

and any Matrix Actor has a picture Gallery, so let's include this module in the Actor module

Here I am also including another AngularJS API Module:

This is what broadcasting has been created for. We have the following methods:

Le't s create a Service, in this case a factory, called messenger that will act as a messenger agent sending messages to any module which will be listening:

I have created this one in the PictureGallery, ..remember the first thing i mentioned about module communication, "container module has access to all elements of the injected module", so that service will be available for PictureGallery, Actor and Movie Modules.

Include Messenger in all the Modules

Then include the messenger service in any controls which will use it. In our case:

Include the Receiver in all the Modules

include the $on function handler:

actor controller $on handler: It gets the message and shows the Actor information if the object type of the message is "showActor". The name of the Actor to show will be in the object name.

movie controller $on handler: It gets the message and shows the movie information if the object type of the message is "showMovie"

Include Messenger Sender in all the Modules

As you can see after broadcasting the message, the element used to show the Character Picture Gallery will hide away.

In any of the cases after broadcasting the message, the element used to show the Actor will hide away.

And in this case just after broadcasting the message, the element used to show the Movie will hide away.

Let me introduce the biggest Module, or at least of the biggest, called ng and which is the angularJS Core Module. These will be the foundations of your application and it is divided in components, elements, services, filters, providers, ......and Directives.

Directives are markers on a DOM element (such as an attribute, element name, comment or CSS class) that tell AngularJS's HTML compiler ($compile) to attach a specified behavior to that DOM element or even transform the DOM element and its children. That means no more JQuery binds!!, ..remember that with AngularJS we will never need to worry about DOM manipulation :).

ng-Click to see character's info from the Movie Section:

ng-Click to go back to movie description:

As I was writing this example I looked for a Picture Gallery and this is the first I found in AngularJS and that I have integrated here. If i have some time I promise to change it, as it does's look very good on mobile devices.

What is next??. I think you all like a bit of movement, you like some animation, ...and that is what I will be showing in the next session, to make it closer to a mobile application. Talking about movement, this song just came to my mind, ..ohh, my, it is so old!!

Check the result in this Demo 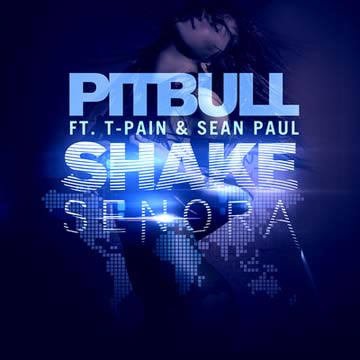 Somebody That I Used…